Those of us in Los Angeles may already be weary of art fairs, but when Frieze Art Week is over and your head clears from the fog and frenzy, a picture emerges that clarifies what is of value. According to initial reports from Frieze, many galleries at Frieze 2020 sold out their booths, and prices surpassed expectations. For emerging artists, newer galleries, and previously underappreciated artists, that is especially good news. If those stats support the most vulnerable demographic, I’m all in. It is undeniable that these fairs raise awareness of art in Los Angeles, including local artists, galleries, collectors, curators, the public and the world at large. This large, messy affair with crowds and overstimulation may be an affront to your nervous system, but it is also a coalescing force for a lot of talent and opportunities.

Sometimes, however, what impresses most are the few stellar, established masters on display. Quietly juxtaposed between deserving and forgettable art, all vying for attention, these touchstones remind you what you came for. A captivating full-length portrait by Alice Neel (1968) of Jack Evans stops you in your tracks at Xavier Hufkens, and both a luminous Willem De Kooning (1965) and small Miro (c. 1950-54) at Acquavella still have the power to take your breath away. Their genius is so clearly apparent amongst lesser works; a neat trick. 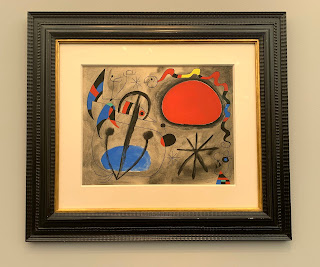 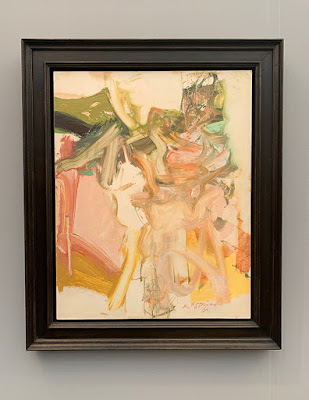 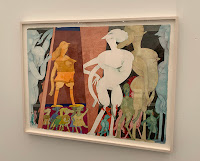 For the artists whose work has been under recognized over longer careers, I hope this proves to be their moment. Gladys Nilsson has been showing her graceful and fluid work for over fifty years, beginning in Chicago as part of the Hairy Who. 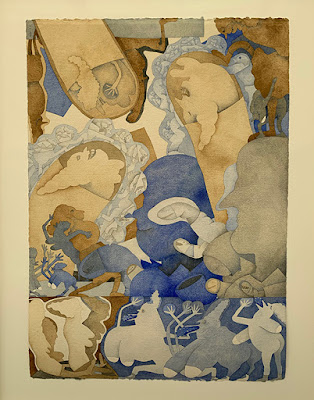 Both comic and delicate, the selection at Parker Gallery of works on paper demonstrates the consistent quality of her work. I would place Alison Saar in this category as well.  LA Louver dedicates their booth to her figurative sculptures and paintings and they are impossible to ignore, the work so self-assured and forthright.  In Set to Simmer, the scarified beauty reclining atop a red table holds a frying pan aloft, turning a symbol of servitude into a weapon of self-defense. 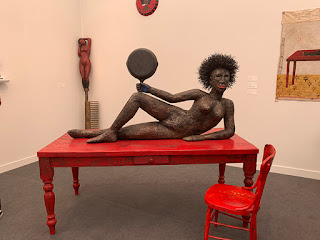 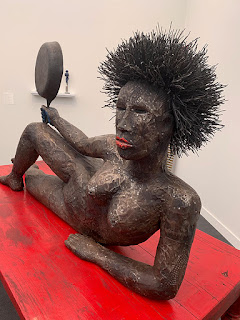 Her expression is one of determined equanimity, more defiant than pugnacious, and her pose is relaxed but alert. It is a searing image that is truly inspired. But that’s not all. Accompanying this work are a series of sculptures that reimagine hot combs, their handles the figures of women (haints) in seductive poses. 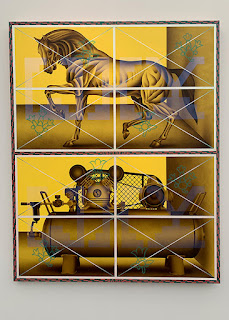 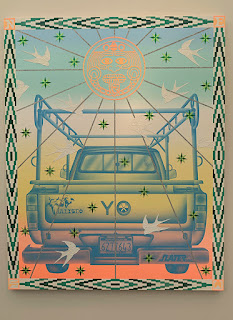 The newcomers have their own magic, of course. Just like ingénues they are full of youthful promise. Frieze included thirteen younger galleries into Focus LA, curated by Rita Gonzalez from LACMA. At the Pit, Jamie Muñoz was in command and timely in a highly refined and somewhat ironic style that touched upon Toyota car culture using glitter and Mexican decorative tropes. 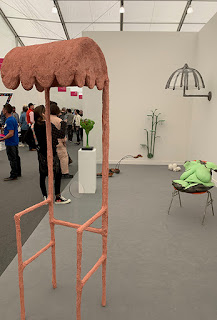 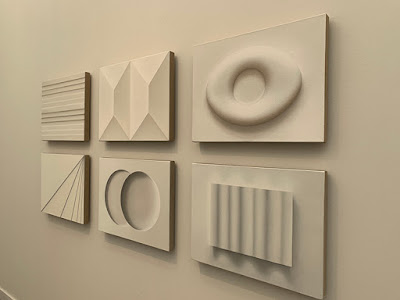 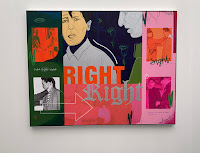 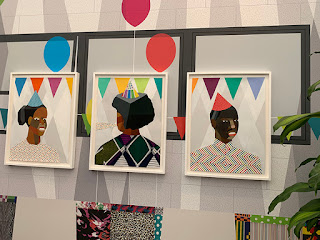 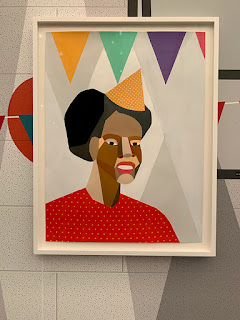 There were plenty of artists whose work was new to me that I look forward to following. Derrick Adams at Salon 94 filled the booth in an exuberant installation that felt like a celebration. 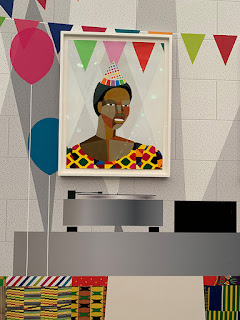 Walls festooned with painted balloons and banners surrounded colorful, but simple portraits of partygoers wearing party hats and festive clothing. Adams depicts his world in a flat style that is more abstract than naturalistic, but the patterns and his reductive methods convey lots of personality. 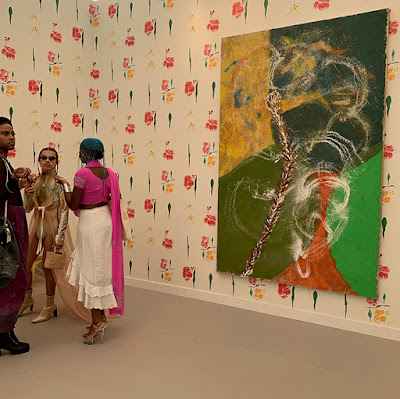 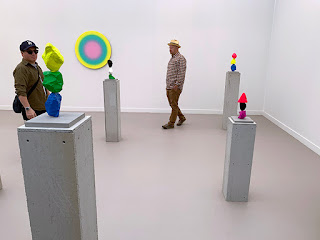 Pae White’s work at Kaufmann Repetto showed an artist interested in reflective surfaces and fully immersive experiences that remained intimate both on the wall and suspended from the ceiling. 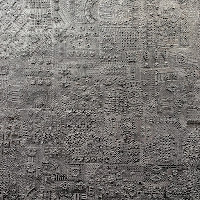 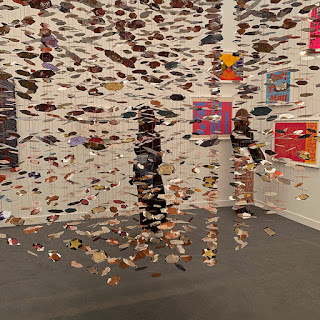 Herald St. showed Sanoy Oumar’s wonderfully meticulous and sometimes optical pen on board drawings. As delicate as they were, they managed to be subtle and impactful at the same time in kaleidoscopic patterns that borrowed a little from Lari Pittman's vocabulary. 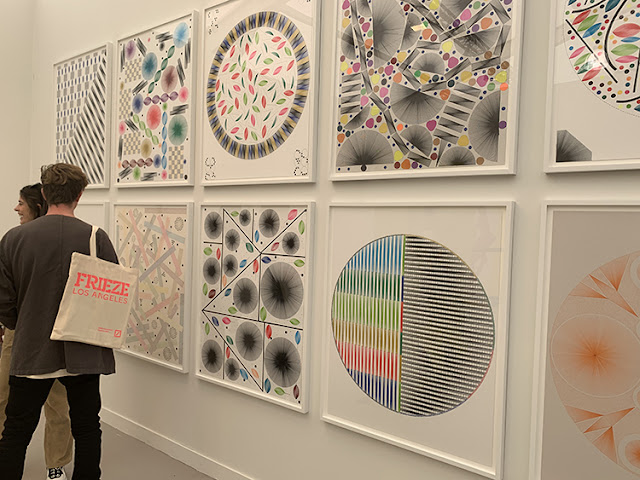 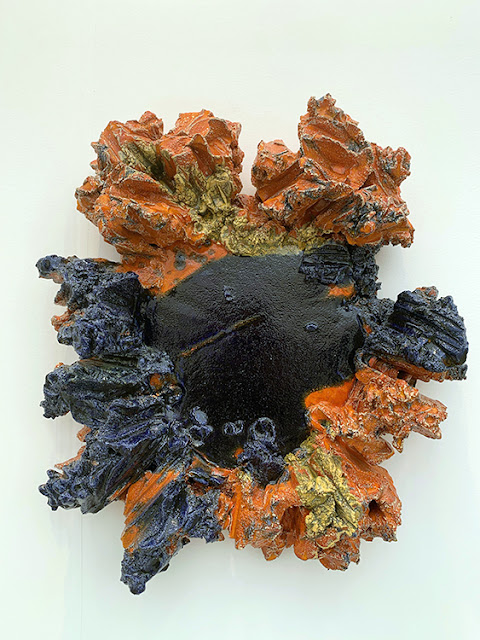 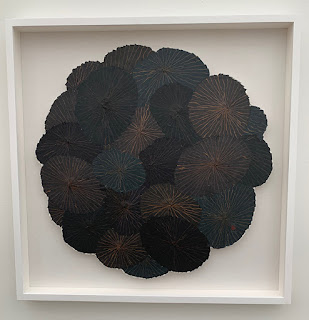 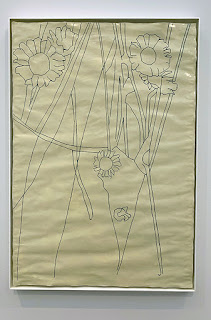 On the whole, Frieze 2020 offered plenty of work from blue chip galleries, lots of attention from out-of-towners, plenty of sales and more worthy work from newer Los Angeles galleries than expected. For Frieze and our city, that is a success.

Posted by Lorraine Heitzman at 3:53 PM

Email ThisBlogThis!Share to TwitterShare to FacebookShare to Pinterest
Labels: Frieze